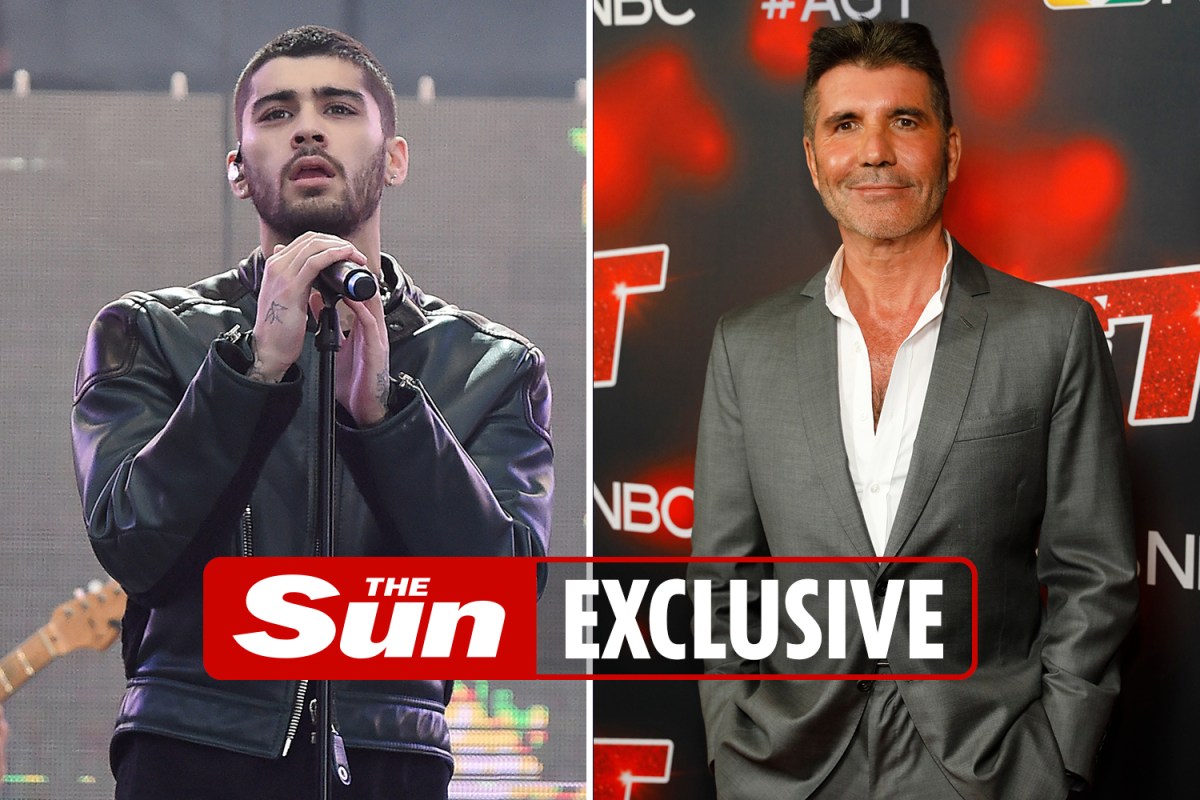 The previous member of One Path yesterday dropped three songs as a set known as Yellow Tape, by which he slated Kanye West, Simon Cowell and, bizarrely, The Queen.

Zayn Malik dropped three songs as a set known as Yellow Tape, by which he slated Kanye West, Simon Cowell and, The Queen

On the music Consider Me, Zayn makes a dig at X Issue boss Simon Cowell’s report label, rapping: ‘Glad we left the Syco’ However the transfer appeared to bother his report label, as followers accused RCA of eradicating the hyperlink to the songs a short while after he shared them.

Zayn had posted the songs on Twitter in a Dropbox hyperlink, that means anybody might take heed to them totally free. However it now takes you to an error web page.

On the music Consider Me, Zayn makes a dig at X Issue boss Simon’s report label, rapping: “Glad we left the Syco.”

And in a extra surprising outburst associated to the Queen, who he met on the Royal Selection Present in 2012, he spits: “F* the Queen, she gon’ knight ’em for his or her violence.”

However his weirdest try at a diss is aimed toward Kanye – the rival of Taylor Swift, who’s finest friends along with his long-term girlfriend Gigi Hadid.

On the music Grimex, Zayn – whose daughter Khai turns one subsequent week – sings: “F* Kanye, beat him by farting.”

I can’t precisely declare to be Kanye’s greatest fan – the rapper has mentioned and performed some questionable issues in recent times – however maybe Zayn could be higher off trying within the mirror.

Zayn’s final report barely scraped into the Prime 20 and this try at relevance shall be forgotten by tomorrow.

How the mighty have fallen.