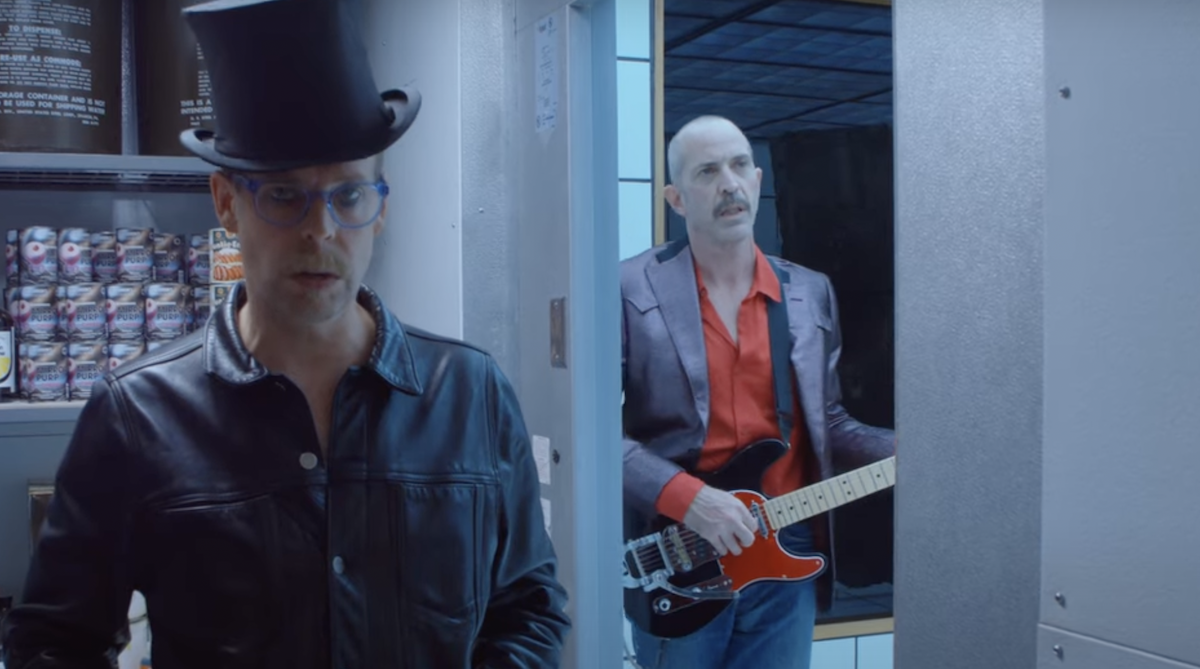 Does Halloween jam?
Nicely should you’ve listened to the songs which are the standard fare of Halloween, you could be cut up on that sentiment, however we’re right here to let you realize that regardless of this yr’s Prime 10 Halloween songs, LEO has an inventory of true Halloweens songs which are value listening to within the spirit of all that’s funky, spooky, darkish and dreary.
Let’s begin with the standard suspects in order that you realize the place we’re not coming from.
In response to Play Like Mum, the highest 10 Halloween songs (from the 200 Halloween playlists they reviewed) are:
“Monster Mash” – Bobby ‘Boris’ Pickett
“Thriller” – Michael Jackson
“This Is Halloween” – The Residents of Halloween
“Ghostbusters” – Ray Parker Jr.
“I Put a Spell On You” – Screamin’ Jay Hawkins
“Any person’s Watching Me” – Rockwell
“(Don’t Concern) The Reaper” – Blue Öyster Cult
“Spooky, Scary Skeletons” – Andrew Gold
“Disturbia” – Rihanna
“Halloween Theme – Major Title” – John Carpenter
“Seasons of the Witch” – Donovan
Not unhealthy songs, some classics however look, we don’t wish to provide the usual factor, so for LEO’s editorial workforce, listed here are our favourite Halloween songs.
Scott Recker (Editor-in-Chief and resident music fiend):
‘Venus In Furs’ — The Velvet Underground John Cale basically turning an electrical viola right into a weapon + Lou Reed’s awkward, but piercing guitar tuning and distant vocals + Mo Tucker and Sterling Morrison’s sluggish, rhythm-section march + the S&M supply materials = some of the intense songs of all time.
‘Halloween Theme’ — John CarpenterHere’s a reminder that John Carpenter not solely directed the unique, incredibly-influential  “Halloween” movie, he additionally composed the enduring soundtrack — a significant side of how scary the film is. This one is on the mainstream checklist for greatest Halloween songs, however you mainly have to incorporate it.
‘Electrical Funeral’ — Black SabbathA quintessentially spooky track from the quintessentially spooky band, “Electrical Funeral” is an ominous masterpiece, and a really chilling, winding and unusual observe. Each member sounds so evil.
Danielle Grady (Digital Editor):
‘Make Fear For Me’ – Matt Sweeney & Bonnie ‘Prince’ BillyLouisville songwriter Bonnie ‘Prince’ Billy’  groups up with Skunk guitarist Matt Sweeney for a observe that LEO beforehand known as “an eerie and foreboding track that appears plucked out of a horror film.”

‘Ode to Sleep’ – Twenty One PilotsA battle between darkish and light-weight. Which can win? Good for reformed pop-punk children.
‘Zombie’ – The Cranberries The perfect track on your Halloween celebration playlist.
Erica Rucker (I’m the A&E Editor so sure, my checklist is a little bit additional):
‘Wuthering Heights’ – Kate BushKate Bush retells the ghost story of Emily Brontë’s “Wuthering Heights” characters, Cathy and Heathcliff.
‘Monster’ – The Bar KaysUm, Halloween is my favourite vacation so it ought to jam. This track was recorded in 1975 and launched in 1978 by Stax Data’ new homeowners, Fantasy Data. By this time The Bar Kays have been on to larger issues with Mercury Data.
‘Boogie Man’ – Gnarls BarkleyI hope you caught them once they have been right here, however this track is right here to fulfill you should you didn’t. Combating with one’s ego is hard, right here, Gnarls Barkley explores attempting to kill the monster of ego however finds out that it’s a tricky job.
‘Maggot Mind’ – FunkadelicEddie Hazel lit this shit up. That’s all. That’s the remark.
‘On a regular basis is Halloween’ – MinistryIt’s Ministry; It’s acquired a groove. So, go searching you. Daily IS Halloween and it isn’t the folks with humorous coloured hair or bizarre garments.
‘Zombie’ – Fela KutiBottom line, it cooks. The hazard of the “zombies” is as nice because the hazard of corrupt leaders.
Maintain Louisville attention-grabbing and help LEO Weekly by subscribing to our publication right here. In return, you’ll obtain information with an edge and the newest on the place to eat, drink and hand around in Derby Metropolis.
Observe us on Fb, Twitter and Instagram.